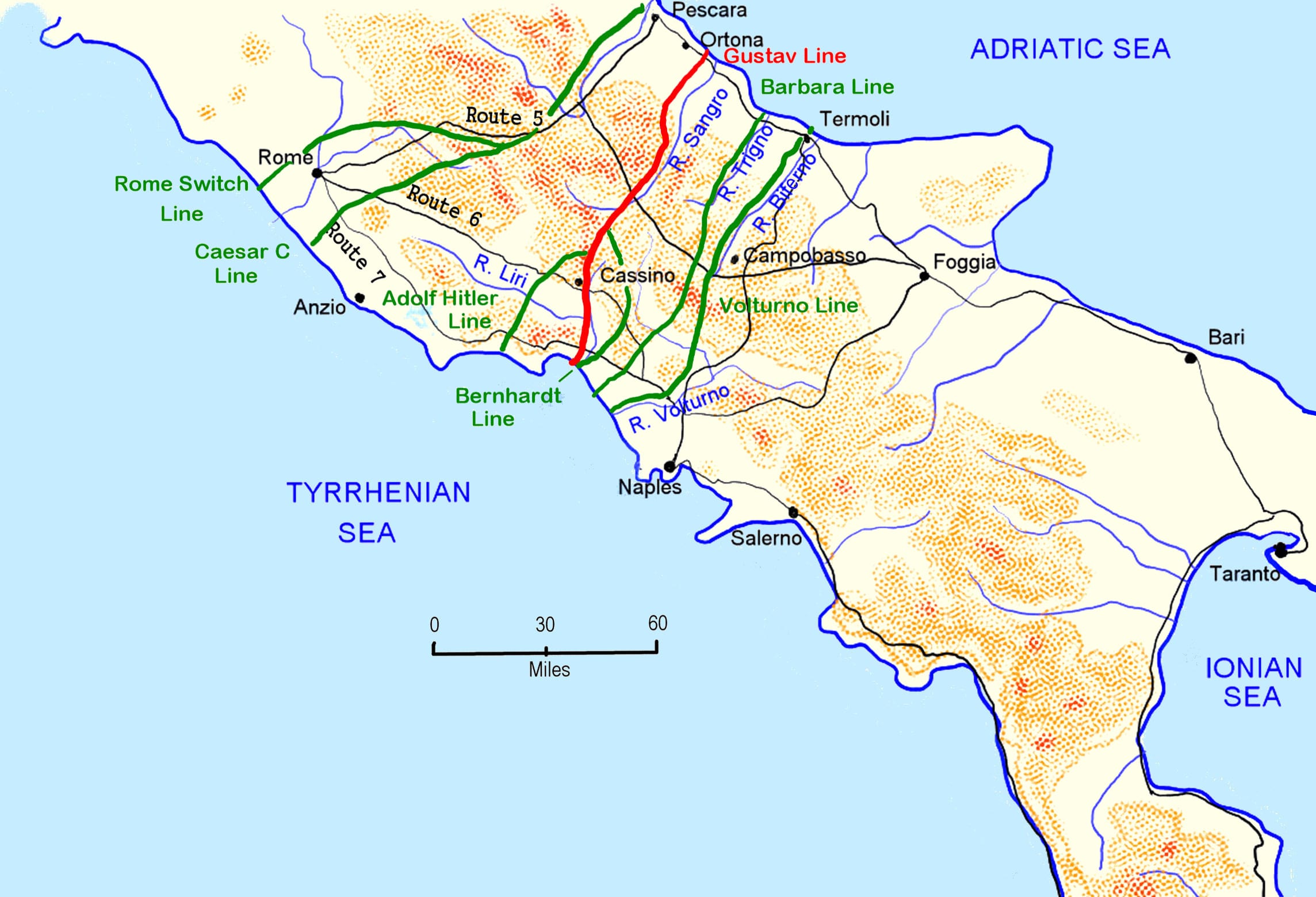 The Gustav Line was the main German defensive line that spanned from the Tyrrhenian Sea to the Adriatic Sea. The Gustav Line ran along the Garigiliano and Rapido rivers on the west and on the Sangro river on the east side of the Italian peninsula. The line was defended by 15 German divisions fortified with small arms, artillery, pill boxes, machine gun emplacements, minefields and barbed wire. The German divisions had retreated to and fortified this line after the the Italian surrendered to the Allies on 8th September 1943. In order to reach Rome, the Allies had to break this line.