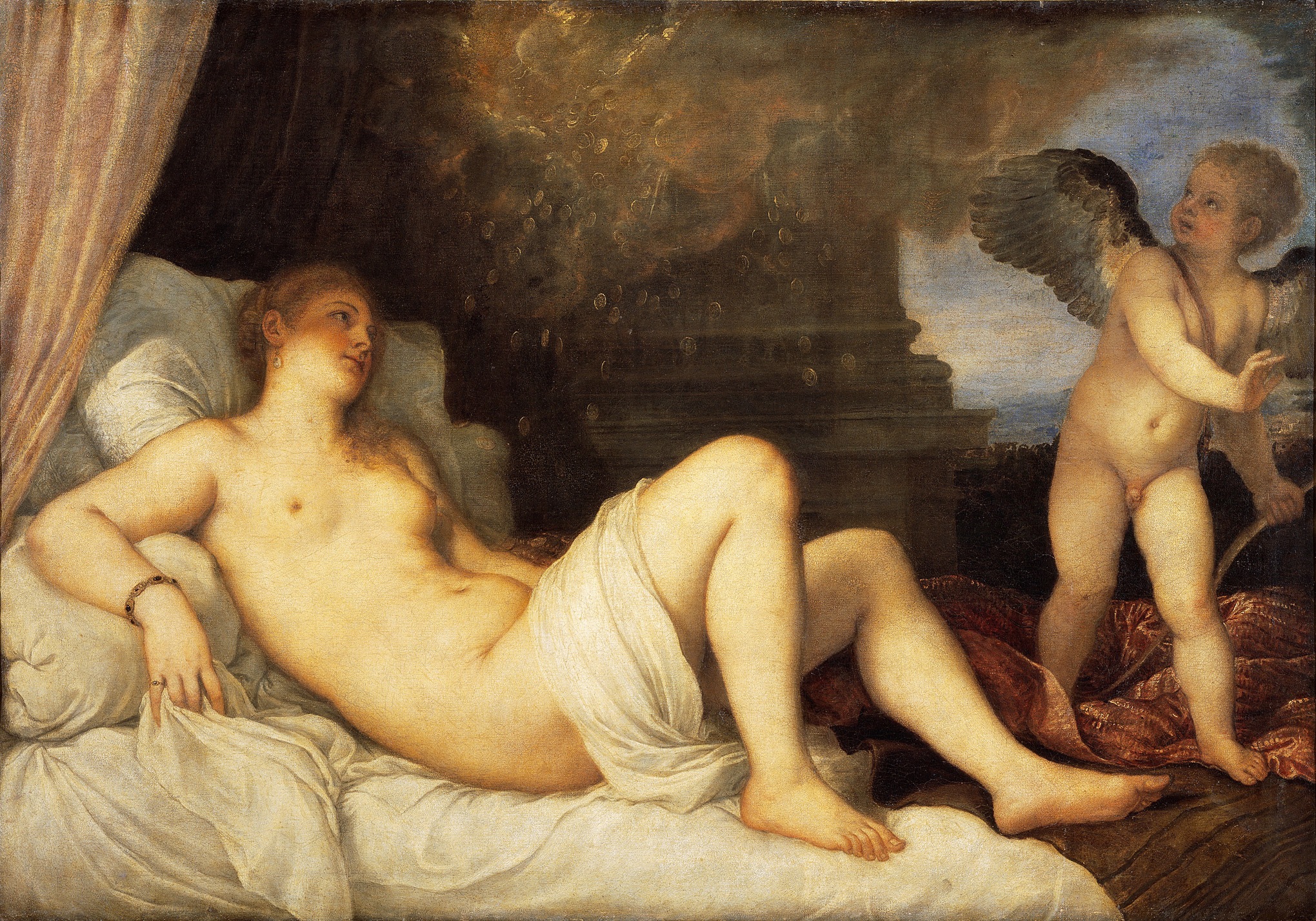 Two officers of the Herman Göring division: Lieutenant Colonel Julius Schlegel and the medical captain Maximilian J. Becker, communicated to Abbot Gregorio Diamare that for security reasons it was necessary to evacuate the Abbey’s treasure to Rome.

The following afternoon, the father abbot gathered the monastic community. He did not trust the Germans and it was difficult for him to comply the received orders but he felt had no choice and with deep sadness he agreed. Thinking about what happened on 15th February 1944 when the abbey was destroyed by the bombing, Abbot Gregorio Diamare’ took the best decision. Within a month everything was packed and moved to Rome including the library consisting of 70,000 volumes and the archive of 80,000 documents belonging to the abbey itself.  Some monks escorted the vehicles on their way to Rome, but this was not enough to guarantee the arrival of all the trucks: some - containing paintings, sculptures and manuscripts - were missing.

Unbeknownst to the monks, some trucks were sent to a collection deposit in Spoleto. Father Leccisotti – who was supervising the transportation, warned Monsignor Giovanni Battista Montini (future Pope Paul VI, in 1964 he re-consacrated the new Abbey of Monte Cassino) who informed the German embassy at the Holy See. Later they were told that some boxes were held in Colle Ferreto near Spoleto. In January 1944 it was agreed that all the work of arts would be sent to Rome.

Emilio Lavagnino, who was the person in charge of the revision and control of the works of art, wrote on in his diary that on 4th January 1944 at 11.00 am  was held an official ceremony, 31 trucks arrived in Rome which lined up in Piazza Venezia in Rome and delivered 172 crates of works of art and 600 crates containing the books of the National Library of Naples (stored at the University La Sapienza in Rome). On that occasion, Emilio Lavagnino learned that two trucks were delaying their arrival "due to accidents along the road": he therefore gave orders to let them unload at any time.

The two trucks, containing about 20 boxes (number varies according to the source), were already traveling towards Berlin. The military leaders of the Göring division, in fact, had taken some of the masterpieces from Spoleto to give as a gift to Hermann Göring, to enrich his private collection. In fact, once they arrived in Berlin they were kept in the luxurious summer residence of the Field Marshal of the Third Reich, the "Karinhall", home to his immense collection of works of art stolen from all over Europe.

In February 1945 the collection was transported to the "Reichskanzlei", the Reich chancellery, with the intention of increase the Hitler's art collection in Munich. In March 1945, due to the intensification of Allied bombing, the masterpieces were hidden by the Nazis in the underground tunnels of the Altaussee, a  salt mine, 70 kilometers from Salzburg. On 21st July 1945, the works of art were finally found, exactly there,  by the Allies. It was like bringing them back to life: covered in mud, damaged, altered and mutilated, the Danae and Lavinia by Titian came out of the broken coffers, both covered with mold, the Madonna of the Veil by Sebastiano del Piombo with her oxidized face, the Madonna del Divino Amore by Raphael, the Sacred Conversation by Palma il Vecchio, the Madonna and Child by Bernardino Luini, the Parable of the blind by Brueghel the Elder, St. Jerome in Colantonio's studio, Parmigianino's Antea, Filippino Lippi's Annunciation, the canvas depicting Charles of Bourbon visiting St. Peter's Basilica by Giovanni Paolo Panini, the Adoration of the Magi by Joos von Cleve, the Flight into Egypt by Battistello Caracciolo, the Landscape with the temple of the nymph Egeria of Lorraine and the Navy with oriental merchants of the Neapolitan School of the century. XVII, all belonging to the Capodimonte Art Gallery. The ancient goldsmiths of the National Archaeological Museum of Naples lay scattered and raided at the bottom of the coffers; from the same museum were also found the Apollo of Pompeii (rolled up in strips of cloth), the Dancer of Herculaneum, the Resting Hermes (beheaded, the head was found broken into 62 fragments), the deerHerculaneum (one of which without legs)

Violated and hurt but safe back to were they belongs. The works of arts, together with many other artistic objects stolen from all over Europe, converged into a recovery headquarters, coordinated by the Allies: this is the so-called "Collecting Point" in Munich. As for the bibliographic and historical material, the headquarters were in Offenbach.

On 12th April 1946, a team of 14 experts led by Rodolfo Siviero, including Giorgio Castelfranco, who took care of identifying the Italian works of art and certifying their state of conservation, went to Germany to rescue the italian works of Arts stolen from the Nazis. Thanks to the complex work of these men, the masterpieces were returned to Italy on August 8, 1947. A column of vehicles departed from Munich and reached the city of Bolzano, a place where inside the Doge's Palace - the exhibition of the recovered work of Arts was organized which lasted only two days but which had a notable resonance; for this occasion, the restorers Gaetano Lo Vullo and Teodosio Sokolow of the Florentine Superintendency removed the mold from the Madonna by Sebastiano del Piombo. The works of arts continued their journey by train to Rome, where they arrived on 13 August 1947. The official exhibition dedicated to works of art recovered in Germany was held in the capital from 10 November 1947 to 10 January 1948 – Curator Giorgio Castelfranco - at the Villa Farnesina

During the inauguration our Minister of Education of the time - Guido Gonella - said: "The Allies, who have helped us to regain our freedom, have also helped us to find under the rubble of a devastated land these masterpieces of art, heritage of our tradition and our culture, but also heritage of humanity because the divine gift of art knows no borders and monopolies.”

THE VALUABLES KEPT IN MONTECASSINO

Relics from the Keats and Shelley Museum in Rome.

The most precious objects were sent to Montecassino on December 16th 1942 in two small boxes. Among the most significant objects were the first two editions of Keats works: Endymion of 1818 and Lamia of 1820, letters written by the two poets, from Byron and others. They returned to their legitimate owners in 1944

The Treasure of San Gennaro

Three cases containing the pieces of jewellery dedicated to the Saint, including a solid gold collar enriched with precious stones, brooches and crosses donated by almost all the European dynasties and precious silverware. Prince Stefano Colonna di Paliano recovered them in March 1947.

The Medals of Syracuse

The medal collection included specimens of absolute rarity and importance including the silver Decadramma with the profile of Arethusa and the coin of Queen Philistis. The Medals left Syracuse packed in five boxes that also contained other precious objects including ancient wooden statuettes and the museum’s gold. They first arrived in Rome where they were admitted to the Borghese Gallery and then they were transferred to Montecassino on 3 July 1943.

Coffers of the Prince of Piedmont (the future Umberto II of Savoy, last king of Italy)

Montecassino housed works sent by many Italian museums for the Triennale d’Oltremare Exhibition in Naples, works of art and precious objects from the Museums of Naples, precious objects and discoveries from the National Archaeological Museum including the Pompeian and Herculaneum collections, and paintings from the Pinacoteca Nazionale di Capodimonte

THE WORK OF ARTS FOUND IN THE ALTAUSSEE MINE INCLUDE:

– Parmigianino: Portrait of a woman